Cause of fire on Newstead Avenue, Newark, under investigation after crews extinguish substantial blaze

The cause of a fire in Newark is under investigation.

Fire crews from Newark and Collingham were called to an incident on Newstead Avenue, off Sleaford Road on Saturday, at around 7.30am.

They were met with a substantial blaze that spread through the roofs of four terrace houses before an aerial ladder platform was deployed to tackle the billowing flames from above.

Kebab Junction, a takeaway on the corner of Sleaford Road, was also affected by the fire.

Two engines from Newark, one from Collingham and another from Nottingham attended the scene and used four breathing apparatus, one main jet and one hose reel jet to extinguish the fire.

After fighting the flames for nearly five hours, crews left the scene at around 12.11pm. 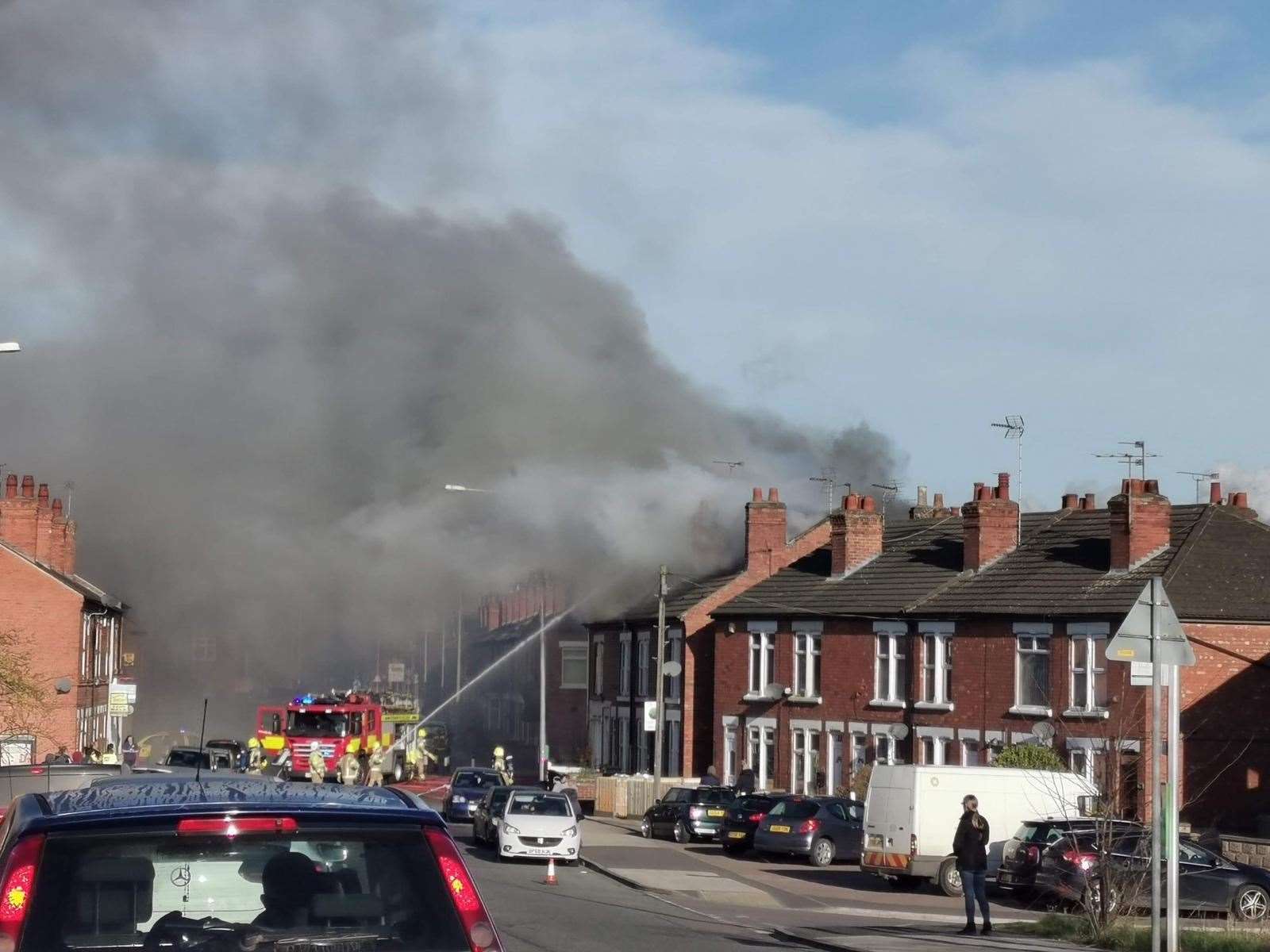 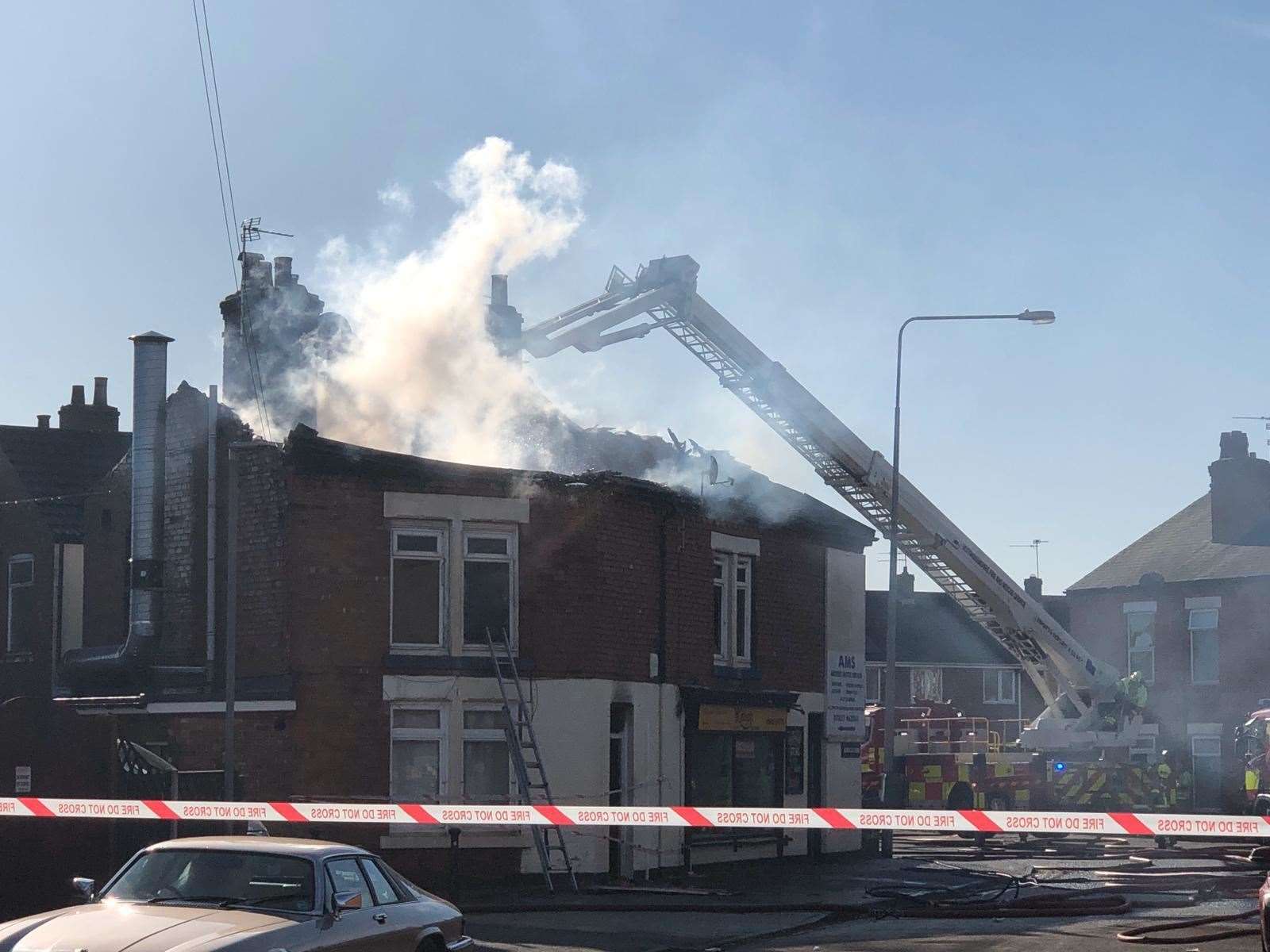 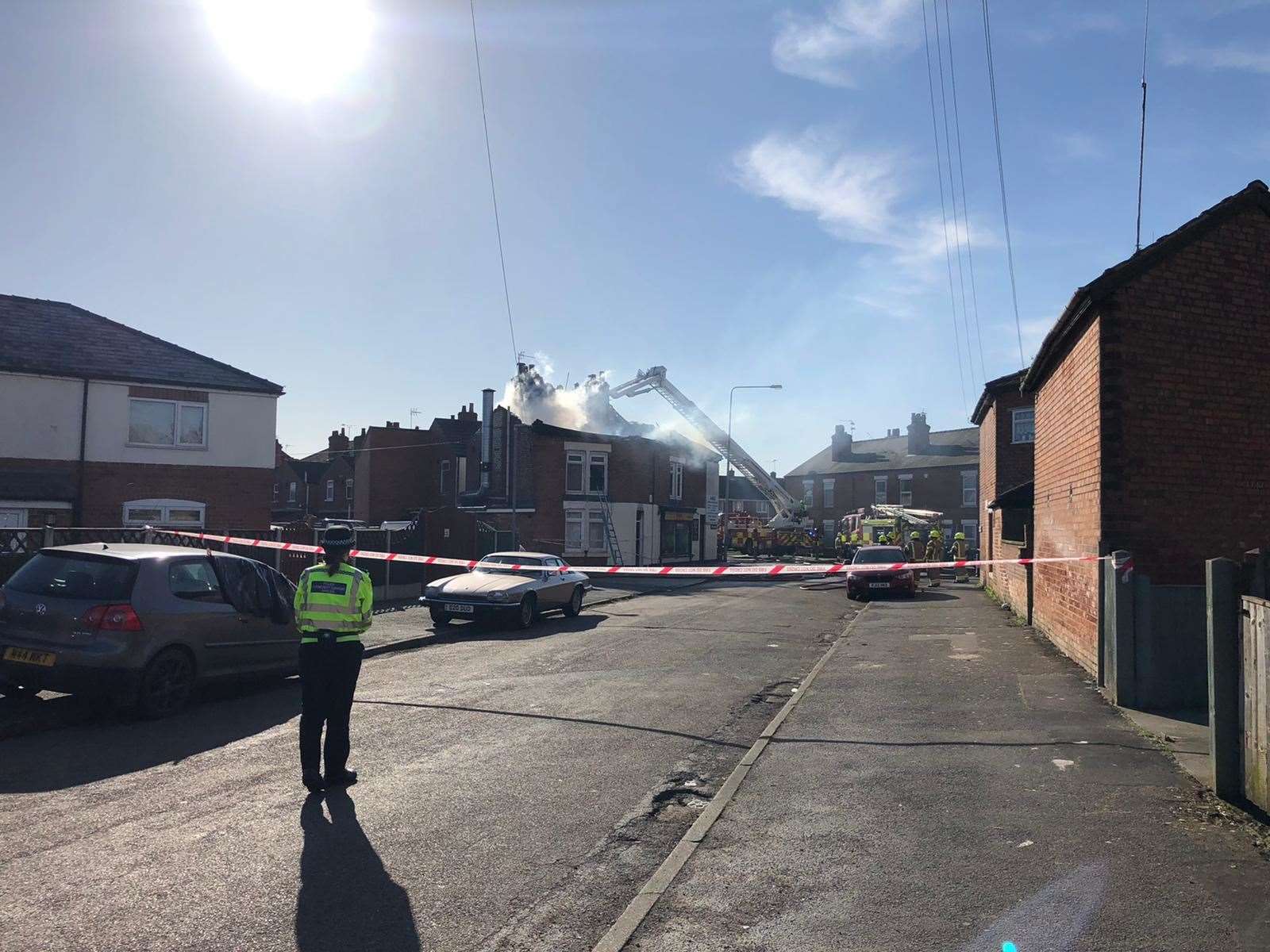 Wayne Brooks, Collingham watch manager, said there were residents inside the affected properties at the time of the fire starting, but they managed to escape without injury.

After leaving the incident, the Collingham crew on Facebook thanked Greggs and BP Fuel at Muskham Services for refuelling their firefighters and fire engine.