Dramatic footage showing the moment a car smashed into an unmarked police car has been released after officers made three arrests.

A police car suffered substantial damage following the pursuit of the burglary suspects, but the force was able to detain three men. 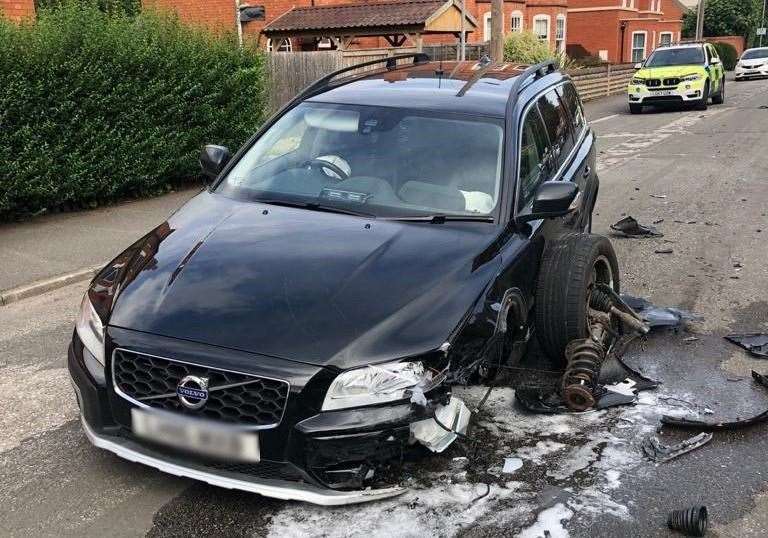 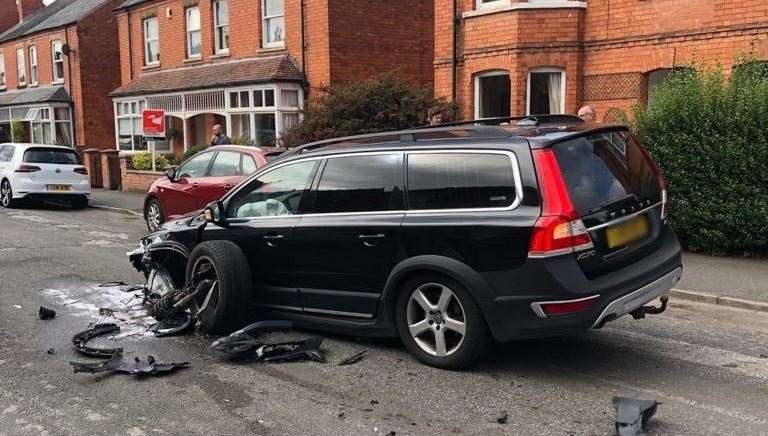 Road traffic officers boxed in the Audi in at Winchilsea Avenue, Newark, and deployed a stinger to slow the vehicle down.

Dash-cam footage shows the moment a police car was rammed after the offenders tried to evade arrest. Thankfully the officers were unhurt.

The force's drone was also put in the skies as part of the investigation after three people were reported to have been involved in a series of burglaries across the country.

Detective Inspector Ed Cook, leading the investigation, said: "Officers were notified by colleagues from Lincolnshire Police at around 7.45am this morning following a report of burglaries in Newark.

"The offenders left a trail of destruction in their wake, but thankfully no one was injured.

"We were able to make three quick arrests. Three men, aged 36, 30 and 25, were arrested on suspicion of burglary and aggravated taking of a motor vehicle without the owner's consent.

"We were able to make the arrests quickly after officers spotted two cars related to a burglary elsewhere around the country and organised tactics to stop the vehicles, using a stinger to stop the offenders in their tracks.

"This was fantastic work by all, with officers on the ground including police dog handlers searching the area and in the skies with the force drone and also road traffic officers, to ensure we tracked down the offenders.

"We had a lot of officers in the area following an earlier intelligence report from Lincolnshire colleagues, so it really was a real team effort."