A frustrated resident claims school children continue to be put at risk because of a dangerous bus route through his village.

Stagecoach, which runs Newark buses to and from Sir William Robertson Academy in Welbourn, travels through Leadenham, where, it is claimed, a narrow road causes potentially dangerous problems.

Martyn Everett, of Leadenham, first highlighted the issue in 2018, but said children continued to put at risk with little action from Stagecoach, Lincolnshire County Council and the governors of Sir William Robertson Academy.

He said it was utter chaos most afternoons between 3.15pm and 3.45pm

“The issue and others involving the safety of children have not been resolved,” said Mr Everett. 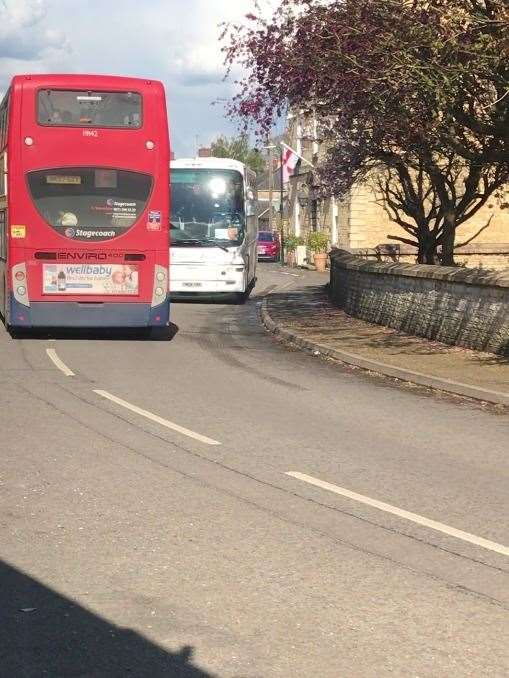 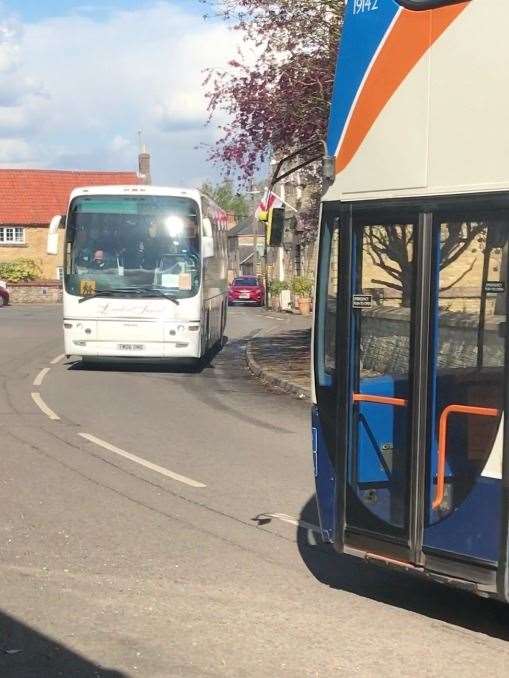 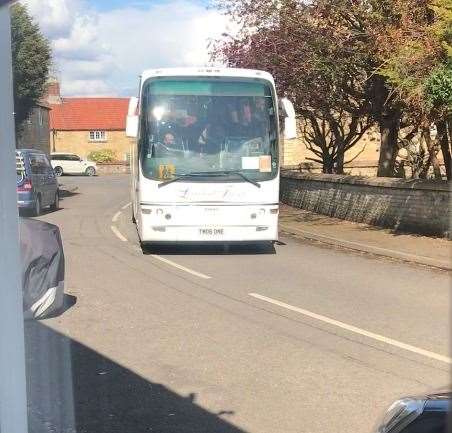 “The Local Government Ombudsman declined to enquire into the matter because I had not suffered personal injury.

“To bring some attention to the matter, I sent a letter to the Prime Minister, Boris Johnson. I also sent a copy to the MP for Newark, Robert Jenrick.

“It is bizarre that a local authority builds a bypass but refuses to make large vehicles use it.”

He said he contacted Mr Jenrick because he had a track record of achieving the seemingly unachievable.

In the letter, he highlighted three key areas of concern ­— the safety of pupils on school buses, a long-term failure to correct weight restriction order signs causing danger and distress to residents, and a failure to improve a collapsing A road footpath used by children.

“Over three years ago, as the result of seeing and photographing Stagecoach school buses consistently driving along the narrow pavement on High Street to avoid oncoming traffic, I raised the safety issue of school buses with Sir William Robertson Academy and subsequently Lincolnshire County Council,” Mr Everett said.

“A footpath, used by pupils attending the local junior school, emerges on to the same pavement that school buses were driving along — vision is very limited.

“Leadenham is a village with 400 residents and the narrow High Street, with three right-angled bends, formed part of the A17 trunk road until 1995 when a bypass was built to divert traffic away, especially heavy goods vehicles.

“There is no valid reason why school buses cannot use this bypass.

“Prior to the bypass, heavy lorries had crashed into the dining room of the hotel situated on one of these bends. School buses now cross over to the other side of road to negotiate this same bend.

“No service buses are routed through the village and there are no bus stops.

“School buses now compete for road space with heavy goods vehicles, who are contravening the weight restriction order, and around 50 a day legitimate agriculture tractors travelling between farms and fields in the immediate area.

“Over the three years, the response from the governors of Sir William Robertson Academy, bus operators and Lincolnshire County Council has been contradictory, factually incorrect and evasive.”

Mrs Sancha Maggs, clerk to AST Trust Board at Sir William Robertson Academy, said: “The school will continue to directly respond to any matters raised with the school regarding this or any related matter.”

A spokesman for Stagecoach said: “We have listened to the residents concerns and in partnership with the local school and local authority we have in turn made adjustments to the routing to assist with moving through Leadenham.

“Stagecoach takes the safety of its customers, staff and other road users extremely seriously and therefore all our services are fully route risk assessed.”