Dozens of motorcyclists took to the roads on Sunday to deliver joy to children in need.

In what is now an annual tradition, big-hearted burly bikers dressed as Father Christmas, or other seasonal characters such as elves, to take part in a donation drive for the Salvation Army Christmas Toy Appeal.

Among this year's participants was 92-year-old Connie Smith, from Ropsley, who is terminally ill and has a bucket list.

Connie's neighbours are helping her to fulfil that list.

One of them, Louise Coleman, said: "We all know her as Granny Connie and she's a remarkable woman.

"Connie has no children so we, as her neighbours, have all kind of adopted her and we try to help her achieve her bucket list.

"One of them was to ride on a Harley or a Chopper.

"We put out a social media shout out and Steve (Warcup) came forward.

"He's made that dream a reality.

"We managed to get Connie onto the bike and make her warm enough, now we just hope we can get her off again."

The annual Southwell Toy Run encouraged people to bring along a donation of a new toy.

Now in its tenth year, the ride from Southwell Market Place to the Salvation Army base at Mead Way, Balderton, has grown from small beginnings.

It now attracts more than 100 motorcycles and scooters.

Presents are donated to the Salvation Army Christmas Toy Appeal.

The church’s volunteers sort and wrap them to pass on to children and families in need, after consulting with social services, Barnardo’s and similar groups.

The procession, which saw many of the bikes decorated with tinsel and decorations, began in Church Street, and went through Upton, Kelham, Newark and along London Road to Balderton. 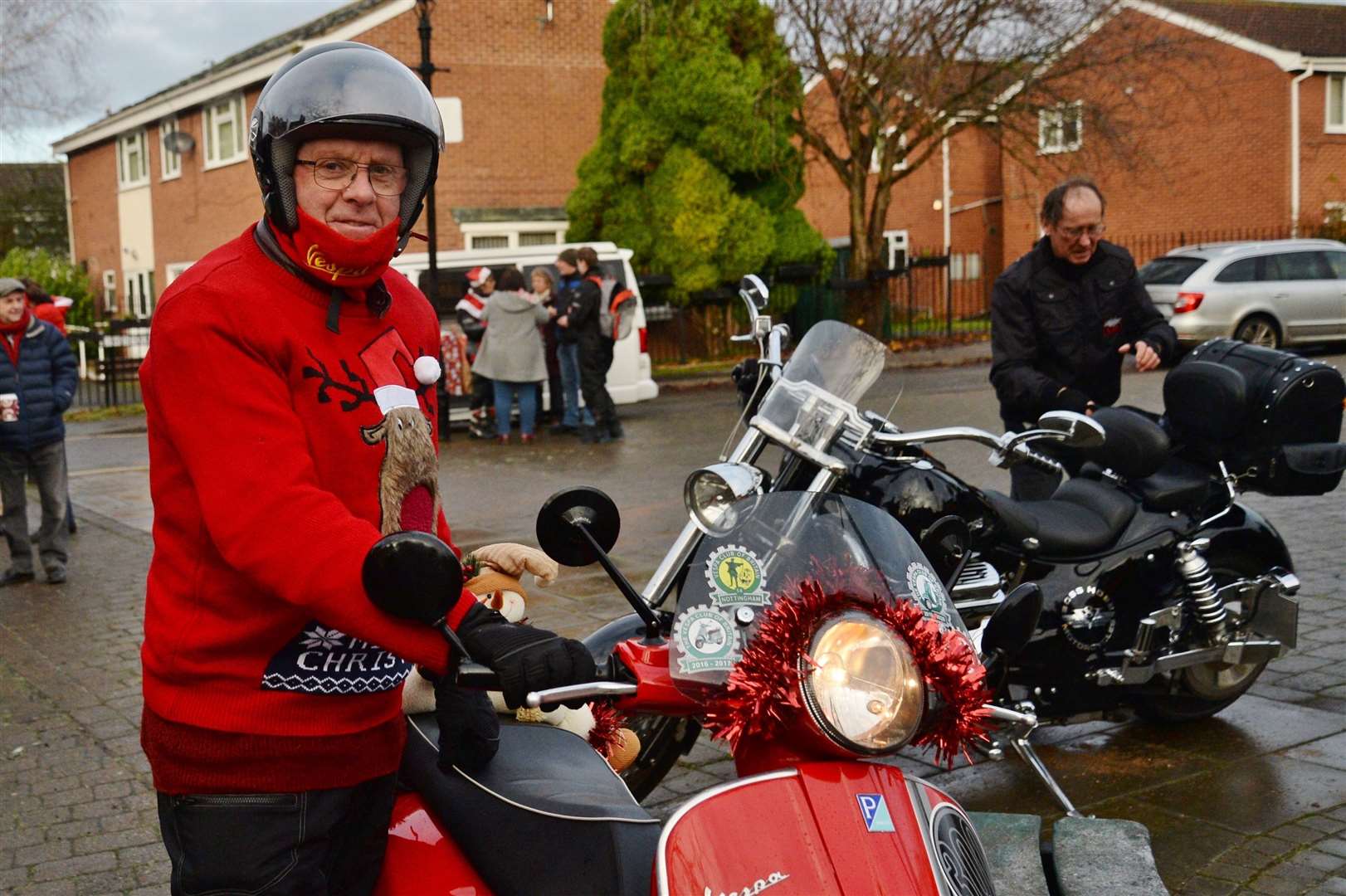 POLL: Will you be voting in the General Election on Thursday, December 12?