Coronavirus: Newark woman and Grantham man stuck in Cusco, Peru, appeal to get home after the city went into lockdown

A couple trapped in a Central American city in lockdown say they are scared, struggling, and uncertain as to how they will get home.

Jessica Stafford and Luke Martin, both 25, are in Cusco, Peru, as part of their South American travels that began in January.

"We are scared and just want to get home," said Jessica, of Gainsborough Drive, Newark.

"We have limited finances and we are receiving no help from the embassy.

"Everything in Cusco is in lockdown with only supermarkets remaining open, where you have to queue to get in as they only let a handful of people in at a time.

"The lockdown is very strict. We have a curfew and are not allowed on the streets between 8pm and 5am.

"We are only allowed to leave for food and medical supplies and even then, we have to go out individually as we are not allowed in groups.

"Police and military are patrolling the streets with people getting arrested and there are no cars or transport allowed on the roads unless Government-organised, it's all very scary."

Luke, from Grantham who quit work to travel, said: "We are trying to bring as much attention as possible to our situation as we know there are others in the same scenario and we feel more can be done to help us get home.

"We arrived in Peru on March 5, arrived in Cusco on the 7th, and we did Machu Picchu from 10th to 12th. Then as of Sunday, things were happening really quickly.

"Due to the escalating coronavirus situation we phoned the British Embassy for advice at 11am.

"The lady we spoke to said she couldn't give us any official advice as there wasn't an official travel ban in place, however, on a personal note she advised that we try to get home."

Having made the decision to curtail their trip of a lifetime, the couple hurriedly tried to book a new flight with Latam Airlines.

They finally managed to book one after being hit by unavailability and escalating prices, only for the Peruvian president to make an announcement that everyone had until the end of March 16, to flee the country, before the borders were closed and it was in lockdown for 15 days.

"At 11pm, we contacted the British Embassy again asking for advice," said Jessica, who is a self-employed illustrator.

"We stated we had limited funds due to having to book new flights home and the advice they gave us was to stop booking flights and chasing rumours, which wasn't helpful.

"All night we tried to contact Latam Airlines with help from our families at home, however, their customer service is basically non existent and we couldn't get through.

"First thing on March 16, we went to the Latam Airlines office in Cusco at 7.50am.

"The office was due to open at 9am and there were queues of people, but we were then informed the office would remain closed all day."

The couple went straight to Cusco Airport where there were more crowds of people, and they were refused entry by police because they didn't have a boarding pass to fly that day.

After a lot of persuasion, Jessica said officers let one of them inside to then find out there were no flights, and that three international ones had been cancelled to make room for domestic flights for locals.

"The best we could do was change our existing flights from March 18/19 to April 1/2 when the lockdown is currently scheduled to be lifted," she said.

Accepting they would be stuck for a while, Jessica said they booked an AirB&B, but the lady who owned it nearly refused them because they were foreign, and believed they would bring in disease.

Luke said they had to make a 'deal' with the owner, by laying low and paying in cash.

The British Embassy has now closed its doors for a fortnight and it can take up to an hour to get through by phone. 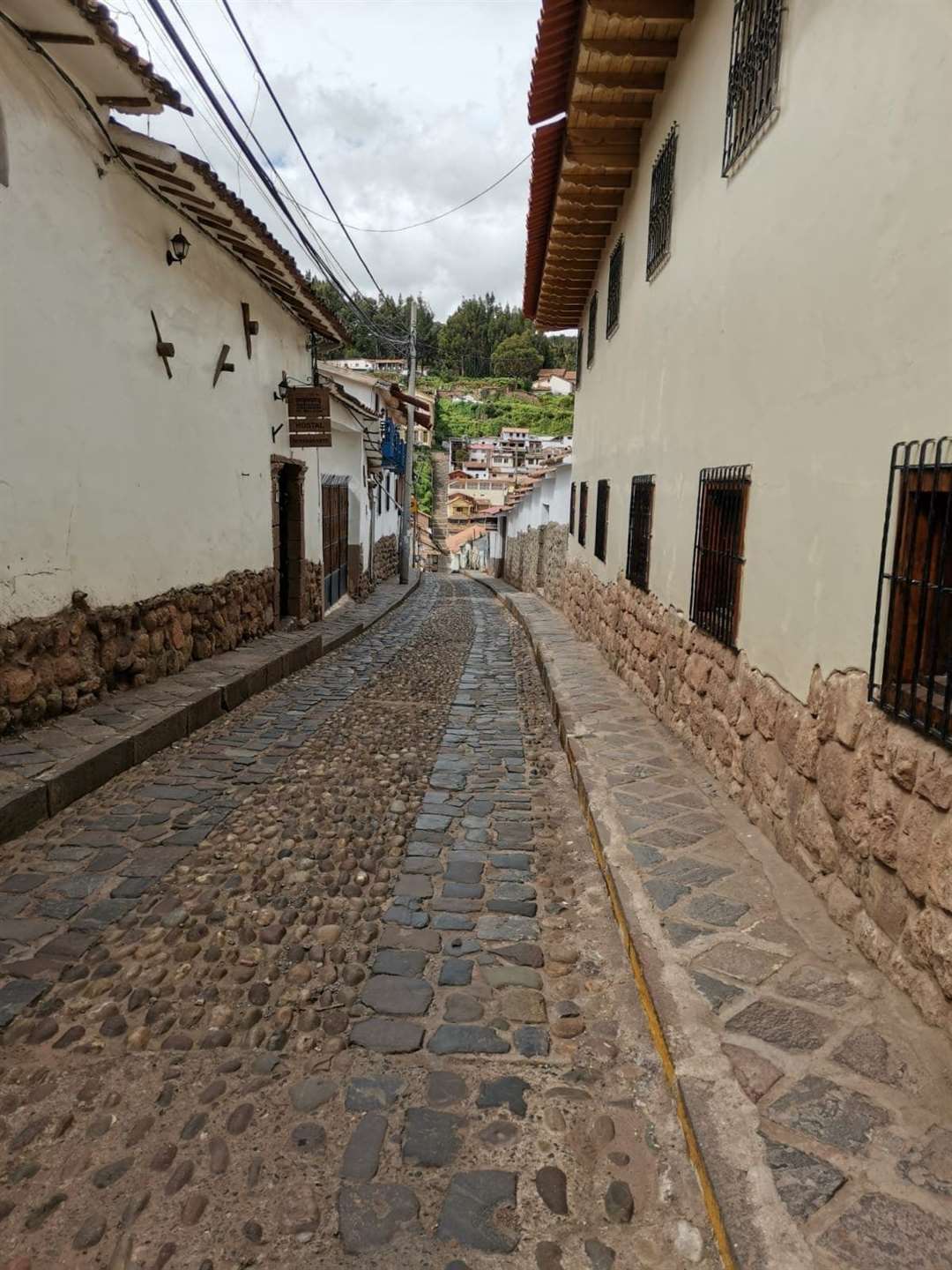 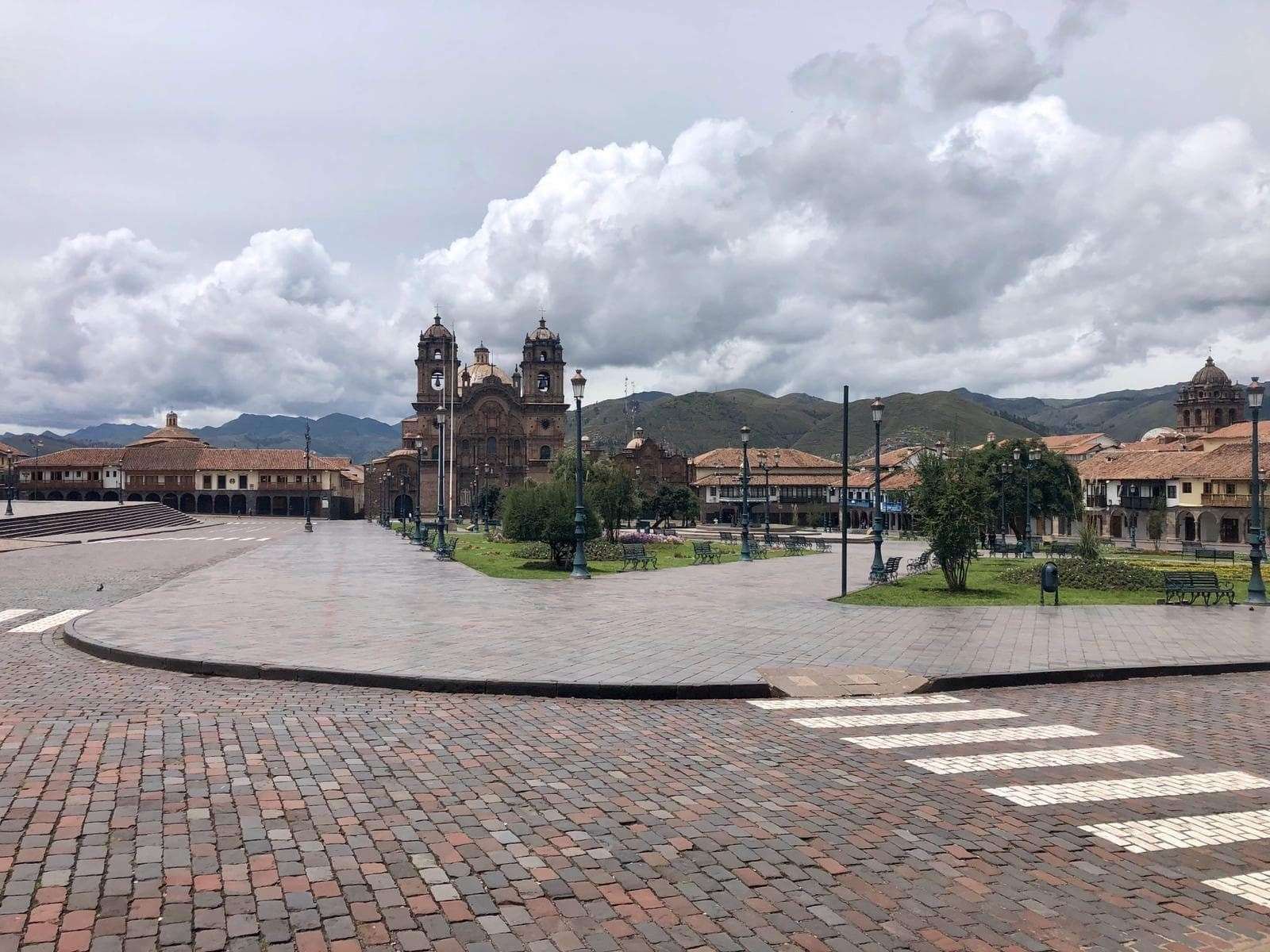 Jessica said: "On March 18 we received an email from the embassy stating Avianca are considering putting on a flight on March 20, however the cost is $3,500 per person.

"Now, we have already lost approximately £1,500 each on flights and we cannot afford this. Our travel insurance will only cover us for £2,000 so, with that flight, we would struggle financially."

The couple are now part of a WhatsApp group for Brits trapped abroad and have read some harrowing stories such as of a man with diabetes who is running out of insulin and a woman with lung cancer.

Now a week since the couple began their online appeal, they have still received little information as to their departure from Cusco, and decided to launch a petition with others in their WhatsApp group.

Luke received an email on Saturday (March 21) from the Foreign and Commonwealth Office that said it was putting on flights from Lima, with no specified date, and asked for the couple's personal details.

"We are both okay apart from hearing no news about getting home," said Jessica. "We haven't heard anything official about a flight home nor transport to Lima."

The couple said the only tangible help they had received was from Robert Jenrick, Newark MP, and Gareth Davies MP for Grantham and Stamford.

UK Ambassador to Peru, Kate Harrisson, told the Advertiser the couple would have a flight home on March 20, but this did not happen.

“Our consular team is working around the clock to provide support, advice and information," she said.

"The situation is fast moving, and our advice at this time is for British nationals to secure safe accommodation and comply with the Peruvian Government’s provisions set out in the National State of Emergency which is designed to prevent the further spread of the coronavirus.”

Latam Airlines has been approached for a statement.

The Department for Transport said the Government was working with industry to ensure they could continue to get British nationals abroard back to the UK, in light of the border restrictions and closures across the world.

Transport Secretary Grant Shapps said: “We need to send a message to any British passengers overseas who are planning to return to the UK soon – it’s important to take account of the fast-moving situation and plan accordingly while flights remain available in many places.”

Pub to shut its doors in wake of coronavirus pandemic