Many students from Sir William Robertson Academy, Welbourn, have gained the top grades of nine, eight and seven across a number of subjects.

The school is celebrating a record breaking year, with their nine to five grades showing an 8% increase on 2018 results, which had been the school’s previous highest.

It was also a record breaking year for the school’s performance at grades nine to four. 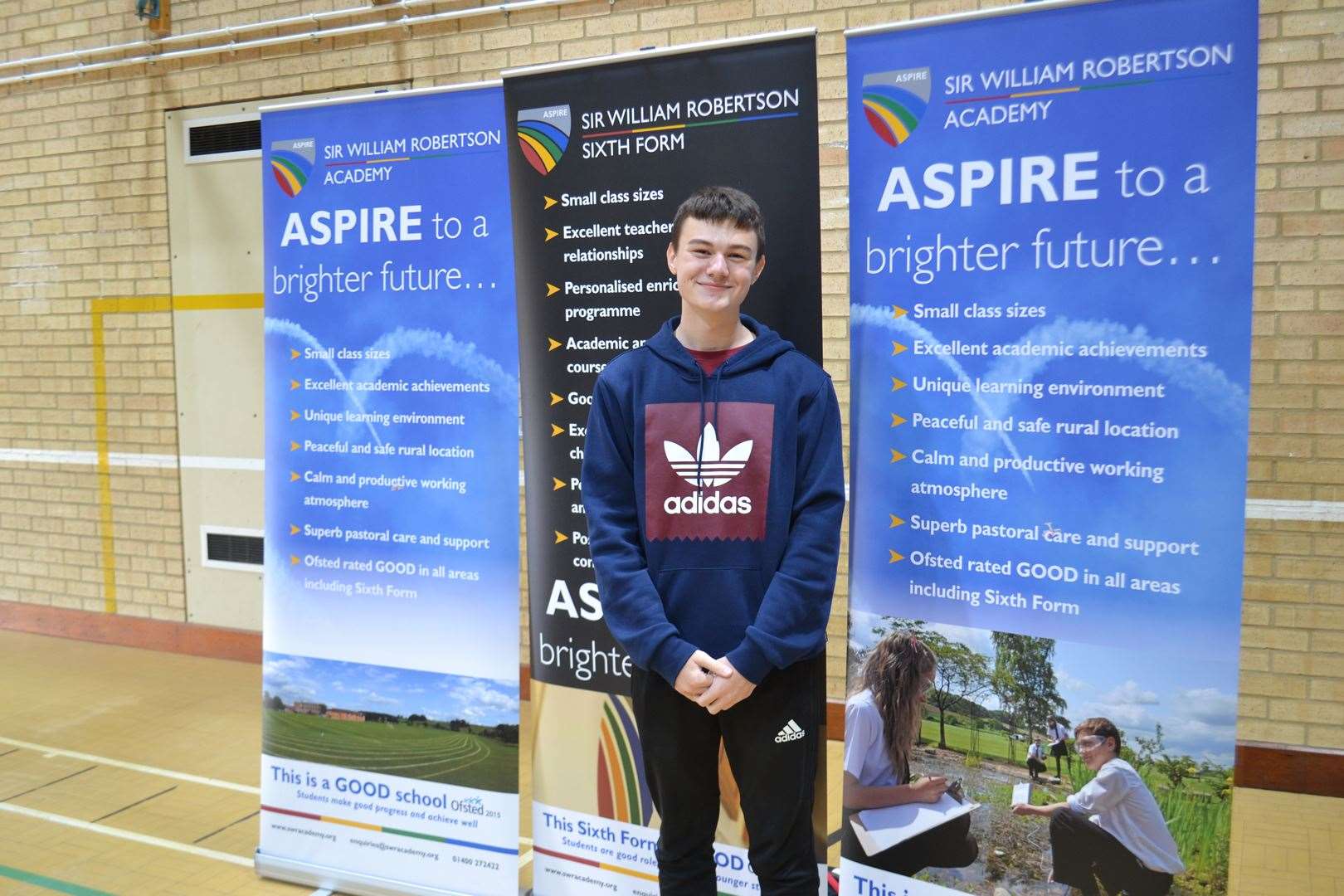 Tom Penneck, from Newark, is celebrating with fantastic results in his GCSEs with a grade nine, three grade eights, a grade B, two sevens , a six and a five.

Georgie Hellard, from Navenby, gained a grade nine in her maths GCSE and a B in additional maths. Fifty of these students will be joining the Academy's Sixth Form in September to study their chosen A-level and BTEC courses.

Six students from other local schools will also be joining.

All major GCSE subject areas at Sir William Robertson have seen significant increases in their performance, and GCSE PE has once again seen a 100 per cent nine to four pass, with 93% achieving grades nine to five rate and many students celebrating the very highest grades.

Mr Mark Guest, headteacher said: "I am absolutely delighted for our students. Their hard work and dedication has paid-off in the best way possible. It was truly wonderful to see a hall full of smiling faces this

morning as our students received their grades.

"I must also pay tribute to the hard work and commitment of all of their teachers – we are immensely proud of the fact that our staff always go the extra mile to engage and enthuse our students. This year’s results are the best in the history of the school by a considerable margin."