A group of Southwell students went on a trip of a lifetime this summer to Central America.

Three teachers and 27 students from the Minster School took the four-week trip to Costa Rica where they carried out humanitarian and environmental work.

Mrs Julie Stafford, one of the teachers on the trip, said: “It was really liberating to be at one with nature. For the most part students didn’t use their phones or have access to wifi.”

The teachers kept the students’ family and friends updated through a Facebook page.

The students undertook different projects in each of the locations, which ranged from building a sanitation system to making artificial reefs.

For most of the project work students worked with locals so to improve communication they all took Spanish classes when they arrived at Camp Terreba.

Alfie Williams-Hughes, 16, said: “We all learnt Spanish in year seven and eight but none of us were fluent.

“We were given extra lessons when we were out there and some managed to pick it up really easily so by the time we left they were pretty much fluent.”

In addition to building projects such as a toilet block, a kitchen and a classroom, the students were also given the chance to scuba dive and take a shark awareness course.

The accommodation they stayed in was simple and they lived off a diet of beans and rice.

Tasmin Jones, 16, said: “Showers were interesting. We had no hot water for the whole trip and all we had was a bucket.”

Team Tuma, as they were known by Camps International, had their own share of adventures on the trip.

They had to take a boat in the middle of a storm to get to Camp Pacuare.

Tasmin said: “There was lightning and we were in an open top boat. People were screaming. It was quite nerve-wracking.”

“Some students used buckets to get water out of the flooded boat,” Alfie said.

“But the rest of the time at Camp Pacuare was great.”

Camp Pacuare is a world-renowned conservation area where the students took on an environmental project, which focused on protecting turtles.

To fund the trip, students were given two years to raise £4,000.

Mrs Stafford said: “The students who did the fundraising really wanted to be there.”

“A lot of people went to the original meeting but only 27 of us went on the trip,” Alfie added.

To raise the money Alfie and Tasmin worked with Farnsfield Parish Council, cleaning signs and cutting bushes back.

Some students had sponsorship for the whole trip, while others took part in a sponsored events such as a coast to coast bike ride. 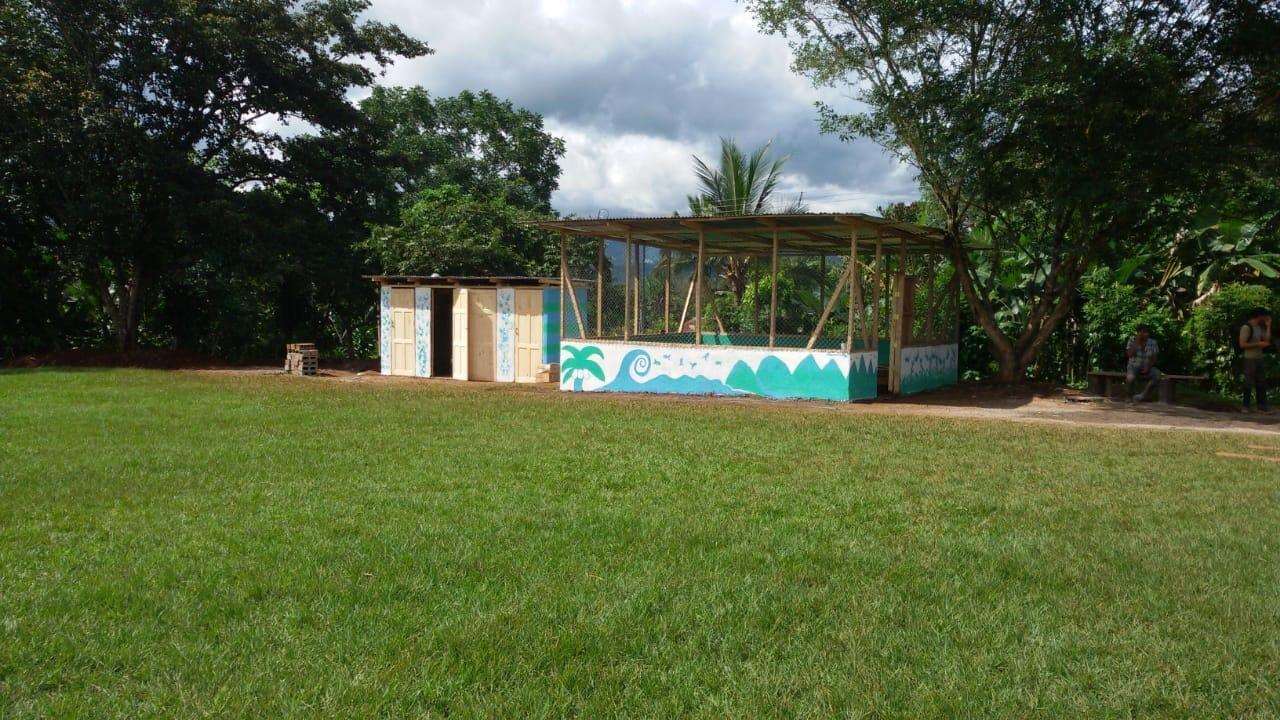