A YouTube video of a Minecraft influencer doing a skydive has been viewed nearly ten million times.

YouTuber TommyInnit has 9.5m subscribers on the video sharing platform. He filmed his skydive experience at Skydive Langar — just 25 minutes from Newark — sharing it to his astounding amount of viewers.

Tommy did the skydive with friends Tubbo and Jake.

Skydive Langar is the UK's busiest civilian skydiving centre and was chosen by TommyInnit's team as the location for his jump, where he was attached to one of the centre's highly qualified tandem skydive instructors for the jump.

The jump comprised 60 seconds of freefall at 120mph and a further seven minutes under parachute.

On arrival at the centre, which is based in the picturesque Vale of Belvoir, the YouTubers were welcomed by the staff for a short brief where they learned all about the equipment used for the skydive and the body position they needed to adopt and safety considerations for the day.

They were then free to explore, enjoy watching the other skydivers and get started on filming their videos of the day.

When their time came to jump, Tommy and Tubbo were introduced to their tandem skydiving instructors and also to the videographers who would capture the aircraft and freefall footage.

They were carried up to 14,000ft in one of the centre's two Grand Caravan aircraft before jumping out.

Josh Carratt, operations director at Skydive Langar, said: "We typically do more than 30,000 skydives every year here at Skydive Langar so we're not strangers to welcoming new jumpers. But it's not every day we welcome YouTube influencers like Tommy and Tubbo and we are very grateful to them for showcasing the sport we love so much in such a positive way. 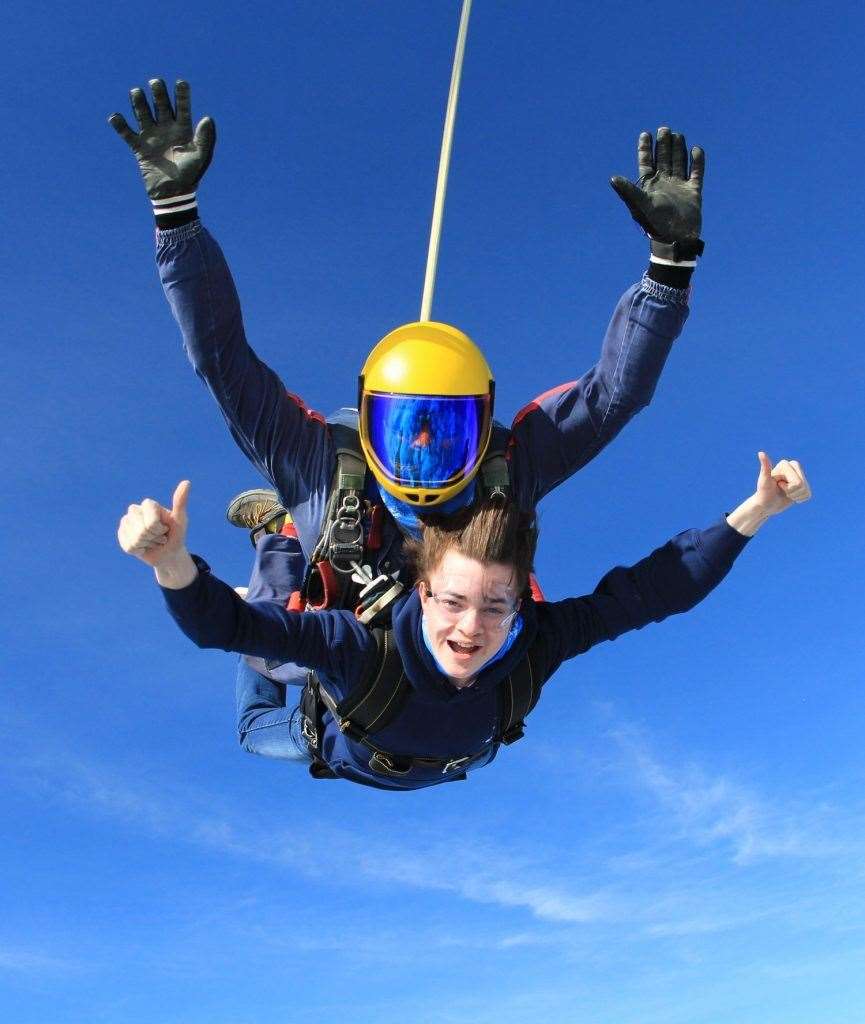 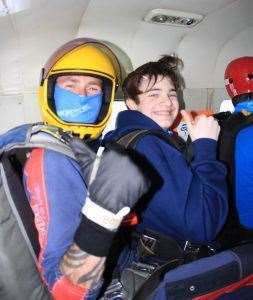 "The video is great and very funny, and we hope it encourages other people to come and give it a go."

"They were a lot of fun to be around and very confident in front of the camera which, while to be expected, was a little unusual for us as we're more used to filming first time skydivers who haven't spent that much time in front of the lens.

"What the video you see on YouTube doesn't show, in my opinion, is the amount of work these guys put into producing such entertaining content and they really do work so hard. It's definitely changed my perception of YouTubers and the work they put in."

Skydive Langar has welcomed a range of known personalities over the years, including Rizzle Kicks, TV chef Gino Di Campo and Instagram influencer Lydia Clyma and its staff have been part of high profile projects including Hollywood movies and TV ads.

People can experience a jump by booking a tandem skydive at www.skydivelangar.co.uk/tandem-skydive/ or learn to skydive alone from jump one by choosing an accelerated freefall course.