Woman, 31, arrested on suspicion of animal cruelty after dog is rescued from River Trent after it was thrown in weighted down

A 31-year-old woman has been arrested on suspicion of animal cruelty offences after a dog was found drowning in the River Trent.

The Belgian Shepherd, whose registered microchip name is Bella, was spotted in the water and dragged to safety by a woman near Long Lane, Farndon, at around 8.45am today (Monday).

Bella had a carrier bag containing a large rock tied to her lead when she was found. The dog is now recovering at a local vet and has been eating.

PC Adam Pace, of Nottinghamshire Police, said: "Whilst we have made an arrest we are still appealing for information about the circumstances of the incident, including how many people were involved.

"We are lucky that the kind member of the public found and rescued her. Whilst the dog is still quite poorly she has been showing some encouraging signs by eating so hopefully she will be on the mend. 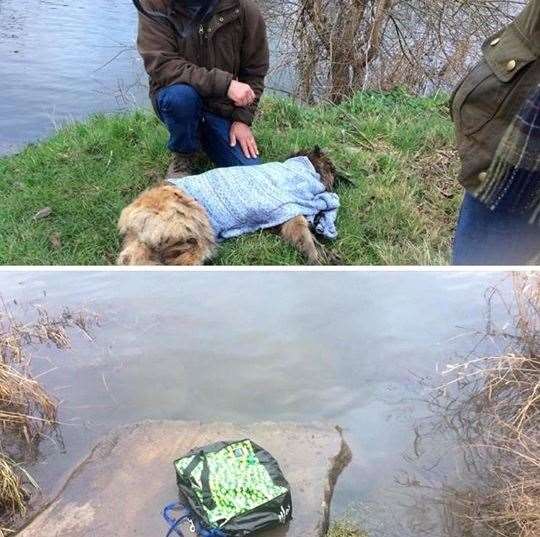 Police have warned the public that this is now an active investigation and have asked people to be careful what they post online, as anything that reveals details of the investigation or those involved could be in contempt of court.

Police investigate arson attack in Newark in the early hours