A ten-man Bingham Town continued to make further strides towards the title after beating challengers Wollaton 1-0 in an action-packed NSL Premier Division clash.

The game, which saw two first half red cards and a total of eight yellows cards, was decided midway through the second period when Bingham’s Tom Spencer picked up the ball inside the centre circle, moved it out of his feet with two careful touches and proceeded to shoot from range and past the goalkeeper. 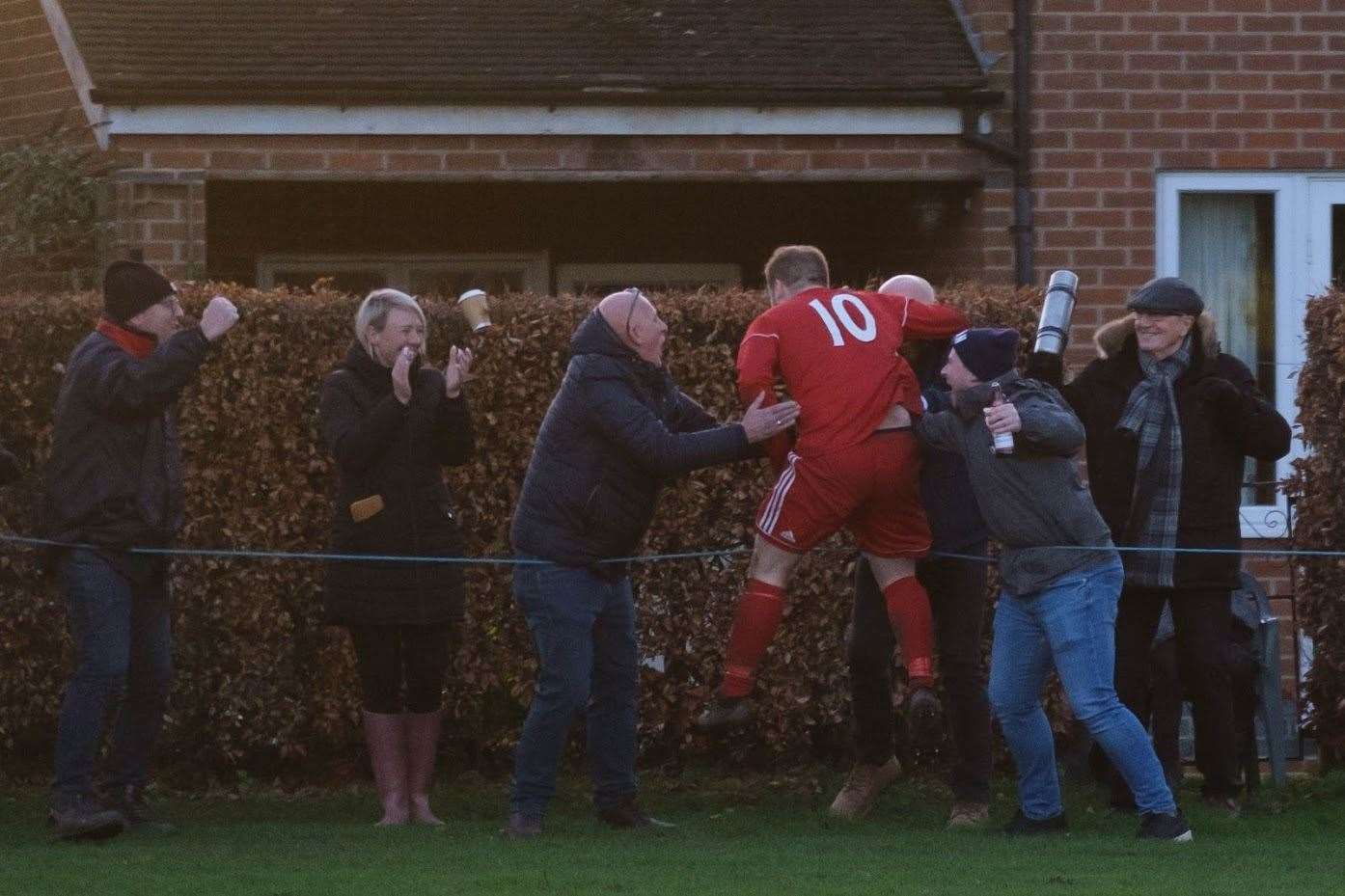 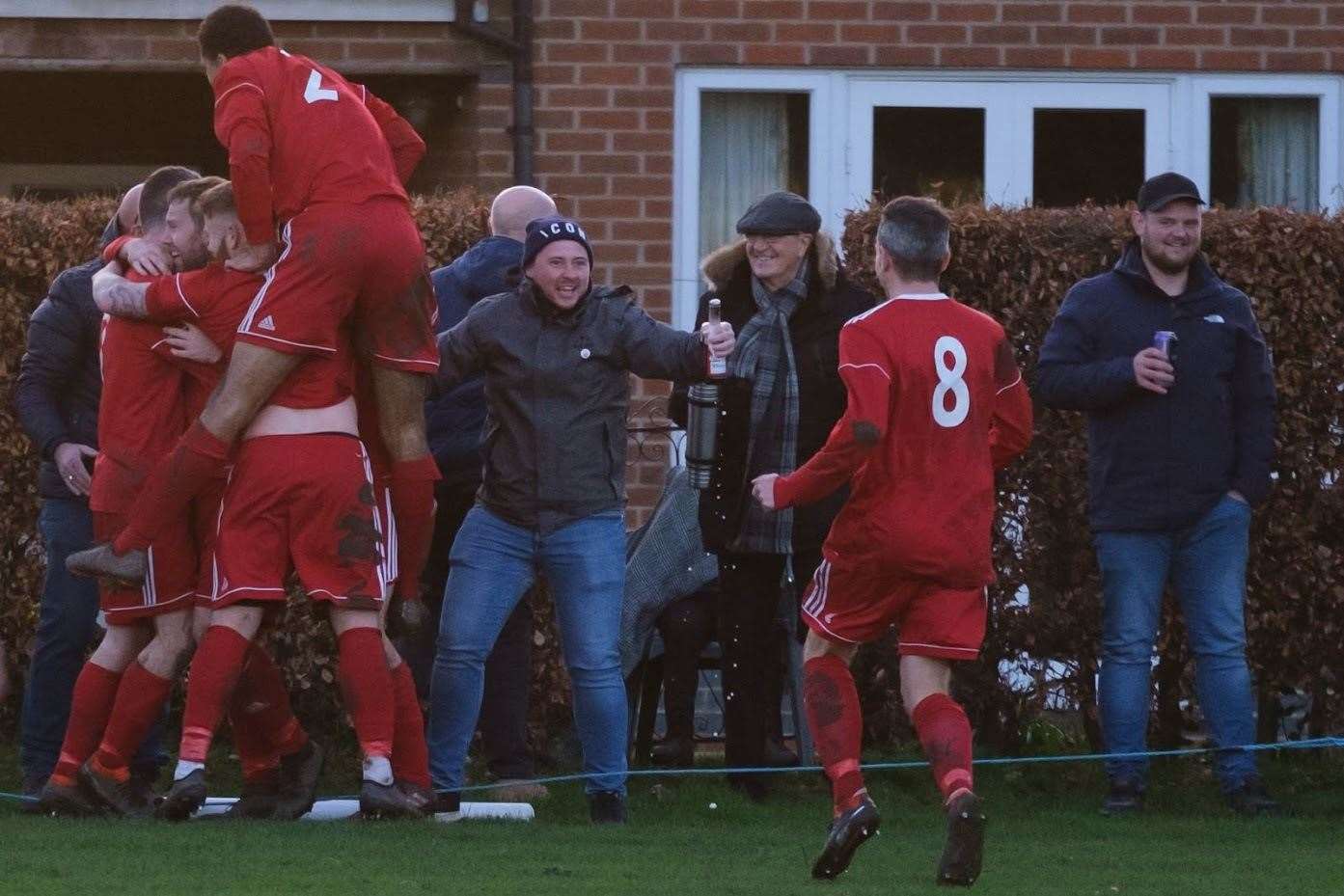 It moved Bingham to 30 points, with ten league wins from ten.

“It was very entertaining, as you would expect from a top of the table clash,” said Bingham’s assistant manager Mark Boyes.

“But overall it was a shame because the game was marred by the ref.

“We told the lads ‘don’t worry about the ref, we will deal with it’, but then inside the first 15 minutes he showed a red card to Cole Maule.

“Cole’s challenge was strong, and I would have said a yellow card would have been fair, but to show a straight red (was wrong).

“He (the ref) was too far away from play and he had to ask the linesman what happened because he couldn’t see it properly.

“But he still went ahead and sent him off, and it was a huge loss for us because Cole is a strong player in our midfield.

“He plays in a defensive role and as a consequence we had to make a substitute to combat that.”

Wollaton right-back Rhys Powell was also dismissed in the first half following two yellow cards, the second coming after tripping Bingham forward Euan Sweeting while he ran through on goal.

As the minutes ticked towards the 90th, it looked as if Spencer’s effort had won the game, and it was confirmed when the referee ruled a free-kick in Bingham’s favour after a Wollaton striker went down while under pressure from Callum Leach in the Bingham penalty box.

“The celebrations were great,” said Boyes.

“We managed to limited them to few chances.

“It was gritty performance, made tougher by the pitch conditions and having ten men.

“We had to bank on our fitness levels making the space in midfield to help us grind it out and make the chances going forward.”

Southwellagain struggled on the road as Woodthorpe Park Rangers ran out 3-2 winners.

The visitors fell behind again early in the second half, but this time Brad Peace-McDonald’s header equalised matters.

In the 84th minute, the fixture was decided when the hosts reacted quicker to a second ball after Ryan Fletcher, who had been flawless, had failed to sufficiently clear a free-kick.

Aslockton & Orston had more luck on their travels as they moved up to tenth in the Premier Division with a 2-1 win at Magdala Amateurs.

The reliable Pierce Hallam and Chris Aldred were Aslockton’s scorers.

In Division One, Southwell City Reserves recorded their first win since football’s return with a 3-2 comeback against Meden Vale Colts.

City took the lead with Robert Brown’s near post finish from close range, but a brace from George Camps saw the visitors race ahead.

That was until the 80th minute when two late goals from Phil Peters and Louis Annable secured the points.

Liam Norris, Ethan Hunter and Michael Moussa all scored as Radcliffe Olympic ran out 3-0 winners at home to a ten-man Kirton Brickworks.