Newark FC were convincing 8-1 winners over the weekend in the final football match taking place at Lowfields.

Newark got off to a flying start thanks to goals from Sam Scrimshaw, Andra Wilson and Harrison Holland, who each netted inside the opening 30 minutes. 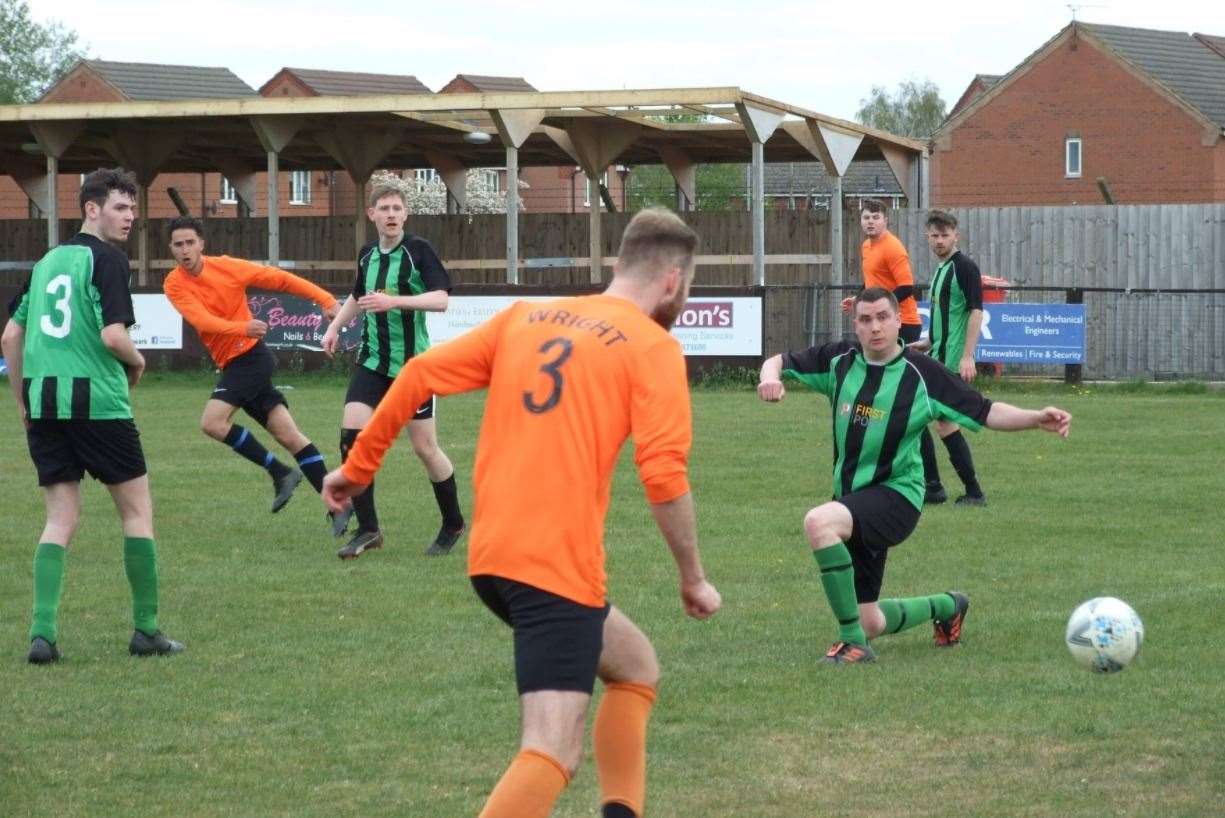 Fernwood managed to pull themselves back into the game with a goal before the break, but another fast start in the second half saw Newark quickly put the game out of sight as Wilson and Holland each completed their respective hat-tricks.

Wilson rounded off the action at Lowfields with a quick run down the left, before cutting in to score.

The Newark win means that any two of five teams can still qualify in Division Four of the Covid Cup.

A Newark win on Sunday would secure their status in the knockout stages, although a point would be enough should they score first and Claypole and RHP Reserves draw.

Newark Cavaliers also have a simple task as a win would send them through.

Holy Trinity Reserves, who have made a resurgence in the division, winning their last two matches, including a well-fought 2-1 win over RHP reserves on Sunday, need to win and hope that RHP and Claypole draw, while Newark Cavs must also avoid defeat.

In Division One, Holy Trinity qualified with a 3-1 win over Walesby.

Liam Moran opened the scoring from the penalty spot in the fifth minute before Brandon Lee beat the offside trap to pull the visitors level. But goals at either side of the second half from Patrick Swaby and Moran sealed the win.

FC Newark, who beat Newark Town 6-1 on Sunday, need to best second-placed RHP to qualify, while the green’s would only require a point.

Barkestone’s 3-0 win over Witham Wanderers means any one of themselves, FC Genes and Collingham can qualify.

In Division Three, Old Magnusians need a point against White Hart, who secured qualification with a 4-2 win over Sutton.