Back in November this fixture saw the teams fight out a 1-1 draw as a youthful Collingham outfit pushed Newark Town all the way, writes Richard Lane.

The return match proved somewhat different as the CML North Division leaders showed their strength and added a comfortable three points to their total in front of more than 120 spectators at the YMCA with a 5-0 win.

The hosts continued to have the better of the early exchanges and, on 11 minutes, it was 1-0.

Asplin's corner travelled through a crowd of players and Martin was on-hand to ensure it crossed the line.

Town went close again shortly after as Lewis Chambers and Asplin combined, with the latter's shot forcing another good save from Walters.

Collingham squandered a golden chance to equalise on 19 minutes as Tom Moore’s ill-judged back pass went straight to Jake Morrison, but Nathan Burrows proved to be the quicker of the two.

Just as the visitors appeared to settle, the Blues struck again on 31 minutes when Bridge's threaded ball through the middle of the Collingham defence found Martin, who was clinical as he steered it home.

Daryl Price then went on a solo run past three defenders as he introduced himself to the game, but his shot flew inches wide of the post.

The visitors were unable to find a telling final ball and with the experience of Rhys Lewis and Luke Parsons at the back, it was always going to be a difficult task.

The third goal arrived a minute before the break when Price’s corner was knocked down for Chambers, who picked his spot, placing the ball out of the reach of the keeper.

Collingham, who to their credit never gave up, created chances at the start of the second-half, but an alert Burrows again reacting quickly to thwart Morrison, while Lewis got in a timely tackle to rob former Town favourite Chris Self as he lined up his shot.

A swift run down the left by Martin led to Town’s fourth goal in the 59th minute.

The winger’s well directed cross found Price with space in the penalty area and the striker scored easily from close range.

Asplin and Price were then replaced by Ricky North and Danny Boulton.

It was Boulton who set up the well-worked final goal in the 70th minute as he whipped the ball in from the byline for man of the match Jonny Wiles to finish with a first time shot.

The Blues had done enough to secure the points, comfortably seeing out the game. 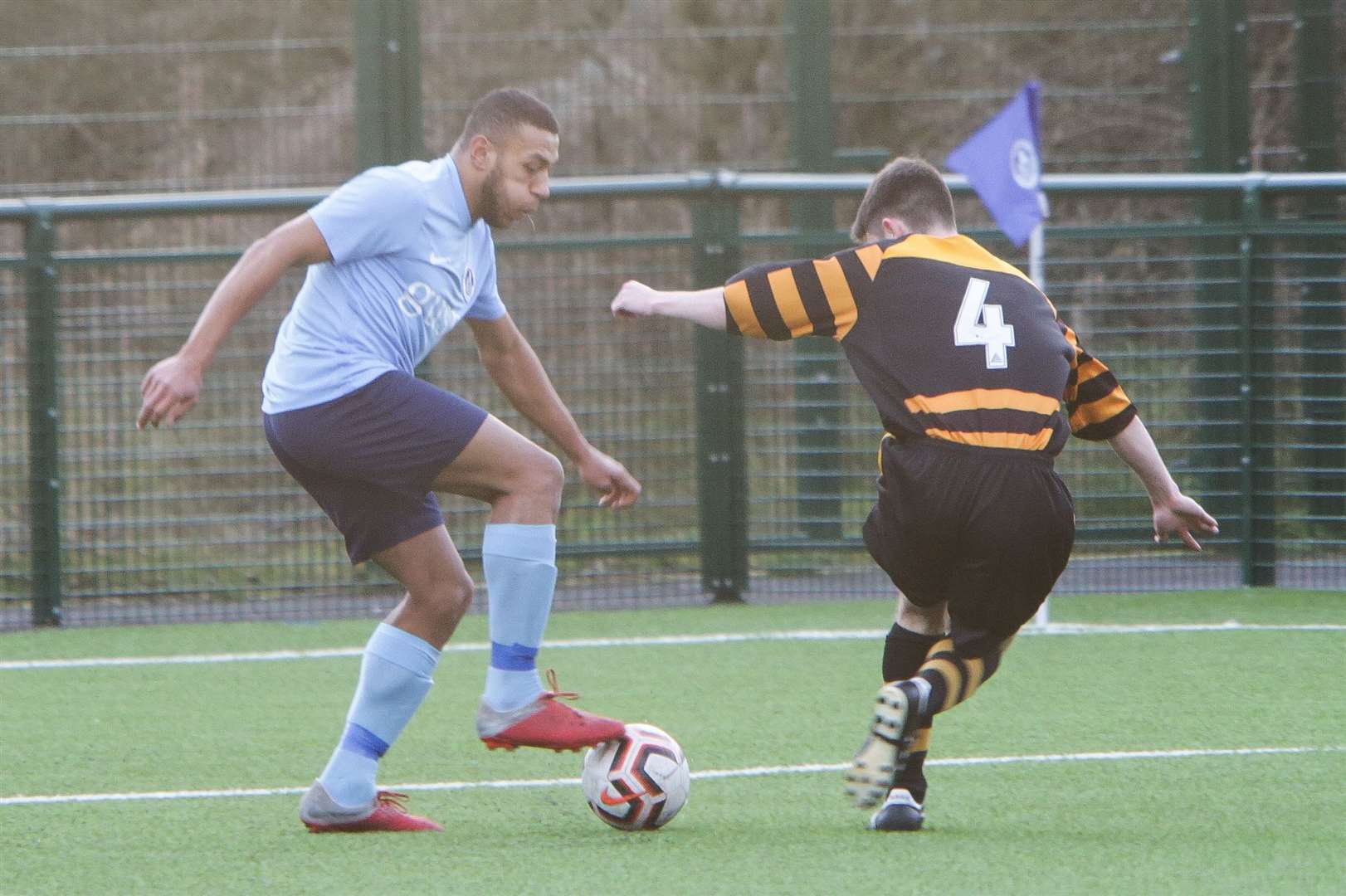