A martial arts coach has joined the England Rugby team and its head coach, Eddie Jones, for training sessions ahead of the 2019 Rugby World Cup in Japan.

Paul Lloyd Davies, of Balderton,who won two gold medals at the World Masters Brazilian Jiu-Jitsu Championships, will meet up with the squad after the autumn internationals. 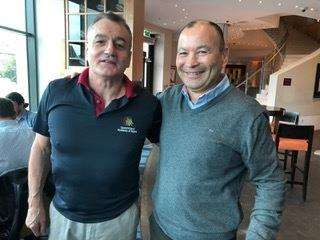 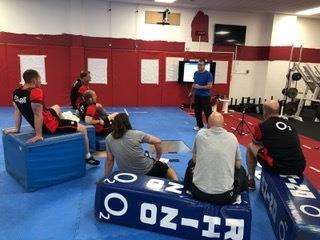 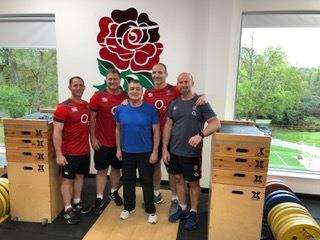 The England rugby team are the latest addition to his list.

Davies, whose work is based in Southwell, will aim to help reduce concussion and muscle injuries among the rugby squad by delivering his advanced contact muscle memory training, known as ACMMT.

He said: “I first met Eddie Jones in Melbourne in 2007 and introduced myself and my ACMMT to him.

“Since then we have met on three separate occasions and I have been invited back to the England Rugby HQ in Pennyhill Park, Surrey.”

Davies said: “We have been working on sessions that involve coaching players how to fall correctly.

“The programme entails specialist protocols for collisions to reduce concussion and teaching the players the correct way to put tension into the body.

“A huge positive of this method of training is that it is not only suited to elite level rugby players, it is also ideal for professional footballers.”

Davies is preparing two books on his training ­— Contact Collision Coaching and Ultimate Warm-Up For Rugby.

He said: “Stepping outside of your sport to find further knowledge is an important trait.

“Eddie Jones is the perfect example of somebody who is open-minded enough to take in new knowledge.”

Jones, who was appointed England coach in November 2015, was awarded the 2017 World Rugby coach of the year accolade.

Davies said: “He is a master of what he does, and the record of most consecutive England wins demonstrates that.

“I am grateful that he believes in me and is involving me in his vision.

“It is a great privilege to be invited by a prestigious coach.”

Davies, who claimed three gold medals in Japanese-based jiu-jitsu at the World Council of Jiu-Jitsu Organisations Championships, is no stranger to winning.

He believes Jones is the right man to be in charge of England ahead of the Rugby World Cup in Japan.

“He is very pragmatic. I believe that Eddie’s biggest challenge moving forward will be refocusing the players,” said Davies.

“When the World Cup in Japan comes I think Eddie will be confident.

“He has a brilliant knowledge of Japan, having lived and coached there.

“It is the little margins that will give England an advantage.”